A downloadable game for Windows

Gameplay :
Take Aalon and the other characters up snowy mountain peaks, down magma wells, or into illogical arrangements of HVAC and hardware

Is it safe to speed boost through the last few checkpoints without falling down a gap?
Should the level be restarted if it wasn't a perfect start?
Is there enough time to accumulate a slightly higher score and then escape without a mistake?
These are some of the spiraling traps of speed and greed in Spiralagon.
------------------------------------------------
Choose from a range of characters with different traits to maximise speed or score, or select No Pressure mode for a more relaxing experience without worrying about time or health.

Speed Boosts, Jump Boosts, and Teleporting can be activated with fuel pickups for rapid scoring and last-moment sprints to the finish gate.

First-person, third-person, and side-scrolling views are available, as well as configurable text popups and announcers to keep players overwhelmed with information.

Leaderboards at the end of each level let players track their progress in single level play, zone play, and in the full campaign.

The character movement characteristics are inspired by the experience of trying to run and jump in dreams. When trying to run in a dream a person's legs can feel extremely sluggish. Attempting to jump in a dream can produce surprisingly long jumps with little or no gravity. In Spiralagon, the characters will be sluggish from a standstill, and accelerate to their top speeds over a few seconds. Maintaining momentum is important for higher scores and quicker level. Characters in the Fast character group (only ZTux, so far) are suitable for much higher speed play.

Characters have a few jump capabilities. A tap of the jump key or button will make a small jump. Holding the jump key will produce a longer or higher jump with a low gravity feeling, allowing players to clear obstacles or skip entire sections of the path. If a player feels they're not quite going to make the distance for a jump, there is the Triple Bump Jump: three additional presses of the jump button available, each providing small but incrementally greater vertical impulses to the jump. Good for panic situations. The Triple Bump Jump can also be combined with a shorter initial jump to slightly lengthen a low jump in areas where the character would otherwise bump into low-hanging obstacles. The characters can also Scoot Jump for a little extra speed, and Thump Jump to fall/descend more quickly. These moves require quick modulation of the look control.

Health plays three roles in Spiralagon. As well as determining the survival of the character, health is a multiplier for total score, and an inverse multiplier for running speed. With 100% health, a player's score will be 100% of the total points from collected point-scoring pickups: pumps (1 point) and processors (7 points). With 37% health, the player's score will be 37% of the points total. With 75% health, a character will run at their default speed. More than 75% will slow the character down, and less than 75% will speed them up, which may help when desperately searching for more health in emergencies.

Playtimes from 2:20 to 42:00 are available for any level, level zone, or the entire level campaign. Levels, zones and the campaign can be repeated at will.

[Currently leaderboards are only for the individual's local machine, but there are plans for global online leaderboards and integration with Steam (alongside local-machine boards). Until then, feel free to screenshot leaderboards and send them to friends/family, or post them in some theoretical online community hub]

Includes announcers and animated text popups (variable animation speed) for gameplay events. These may assist with accessibility and enhance gameplay. Adjustable verbosity, and can be turned off.

Price :
USD $1.00
Available as a standalone game on Windows PC

In order to download this game you must purchase it at or above the minimum price of $1 USD. Your purchase comes with a Steam key. You will get access to the following files:

Hi! It mentions "Potential" Linux version in the description, any update on this? :)

Hi, I've run into a roadblock with some middleware's Linux support, so I can't successfully compile it for Linux yet. I've filed a bug report with the middleware vendor, so it's in their hands for now. If they can fix the issue I'll make a Linux version of Spiralagon. Thanks for your interest :)

I see thanks! What middleware is it?

Substance, when trying to cross-compile the UE4 project from Win for Linux

Ah okay, well hopefully they will act on your bug report! Do reach out to us at GOL when it's live: https://www.gamingonlinux.com/ happy to take a look.

wow! just wow! :D this game is darn good! had no idea how to play it at first lol but then i got the grips of it eventually :D absolutely awesome job on making this :)
Reply
TerminalButton4 years ago(+1)

Thanks so much for playing and posting the video!

It's great to see people learning how Spiralagon works, even after the initial confusion and frustration.
I've had some good fun making it, and I'm happy to see people get along with it :)
Thanks!

Thanks :D
I see you had trouble with the quit to main menu button. It enables the actual red quit to menu button next to it. Like a safety switch. Sorry it was confusing.
Anyway, thanks for having a look. It seemed like you were starting to make progress :)

Yeah, it's a bit crazy :D
I'm not quite sure what you mean when you say "need refresh for bug!"
Did you find a bug?

Yes, players need to be careful because small jumps are heavy, and big jumps are light.
Jump energy changes over 0.5 seconds, from small and heavy (tap), to big and light (hold). Careful timing is needed to get medium jumps.
I want the effect to feel like jumping is heavy, but if a player jumps with enough energy for a big jump they break through gravity, like they are in low gravity.
Yes, it is unusual, and it might be hard to get used to.
I think it's an interesting effect. Different. Not realistic. Like jumping in a dream :) 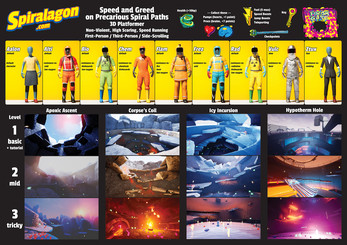 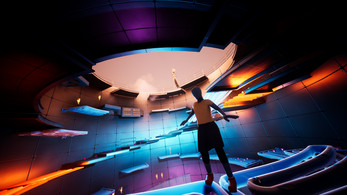 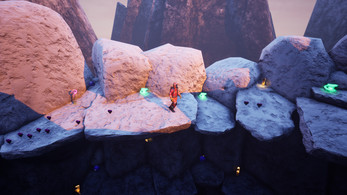 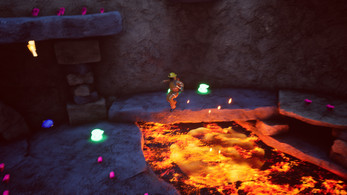 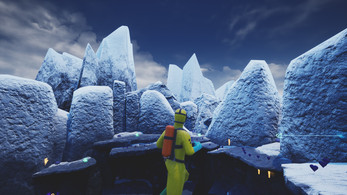 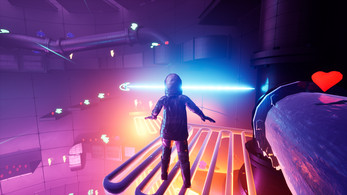 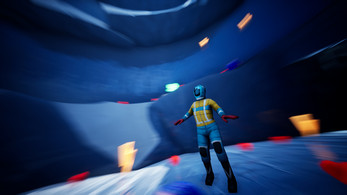 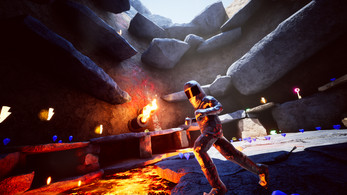 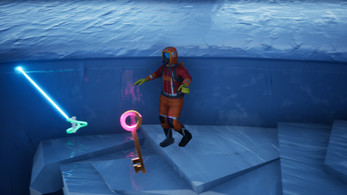 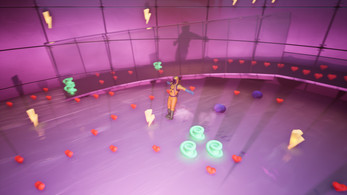 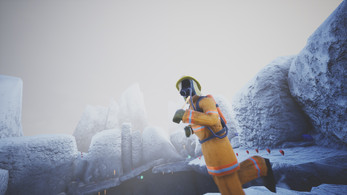 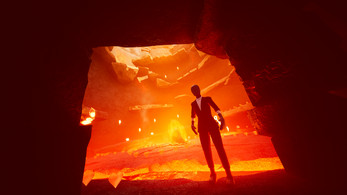